Skip to content
HomeHow I Got My Agent: Lisa Katzenberger

I’m a big fan of social media and online writing contests. I’ve entered every KidLit-related pitch contest I’ve come across in the past two years, but it was PBParty where I found my agent. Here’s the scoop:

PBParty is an online contest that provides agents a chance to review your query and the first 50 words of your picture book. The submission window is open for a short amount time, and accepts the first 250 entries—which sometimes fills up in a matter of hours. Then they select about 20-25 entries to post online for agents to review. In 2016, I entered two picture books and neither made it to the agent round, although one title was listed as a runner-up.

This guest post is by Lisa Katzenberger. Katzenberger is a picture book writer, Fiction Editor for Literary Mama, and the Social Media Coordinator for SCBWI Illinois. She is also the author of “Pitch Agents Through Twitter” in the 2017 Guide to Literary Agents. She lives in Chicago with her husband and two children. Connect with her on twitter at @FictionCity or Instagram at @lisakatz17.

When the contest began in 2017, I was still actively querying those same two picture books, but had significantly revised them. This time, I took a hard look at the first 50 words—a really brief amount of space to grab an agent’s attention. I had to admit that neither of the 50-word excerpts were all that special.

So I chose one picture book to revise and wrote a new opening, focusing on pizzazz and giving it some punch that would make an agent want to read more. My pitch for this story had previously garnered a lot of likes through various twitter parties, but it never resulted in an offer. So I took the language of the pitch—a sassy series of questions—and revamped my opening scene in that style.

I was thrilled to find out I made it as a finalist this time around! Then I had to wait for my pitch (along with the query letter) to be posted on the blog. It was real! It was there! (It’s still there, if you want to take a look.)

I knew that some pitches don’t get any requests, and I set my expectations for that to happen. But, after the hundredth time of refreshing my browser that day, I saw a request to see the full manuscript! In the end, I received requests from five different agents.

I sent out the requested manuscript, and one agent from PBParty responded about a week later asking to see more of my work. Two weeks later, she emailed talking about offering representation. I prepared for “The Call” and she made an offer. I freaked out accordingly, but then got my ducks in a row and contacted every other agent who had requested to see the manuscript through PBParty and also those who I had queried but never heard back. I used a great template for this letter, which included advice to (politely) give the agent a deadline to respond.

A few kind passes rolled in over the next couple of days. Then it was nothing but a whole bunch of crickets—most agents never responded to this message. But then I got one more email—another request for a phone call from a second agent who liked my PBParty submission.

I ended up with two offers, and took my time to consider both. I talked to clients of each agent. I talked to friends who had already been down this path. I thought and thought, asked some follow-up questions, took my kids to McDonald’s for chocolate shakes, then went with my gut. I accepted an offer of representation from Natascha Morris of BookEnds. I loved her energy and enthusiasm, background as an editor, and down-to-earth personality.

I told a few close friends, but had to keep things quiet until the contract was signed and fully executed. On Wednesday, May 17, 2017, Natascha announced via Twitter that I had signed with her, and my social media blew up! I received so many lovely notes of encouragement and support. I posted thank yous on the groups that have supported me (12 x 12, KidLit411, StoryStorm). I let myself decompress for a day.

Then the very next morning, Natascha sent me my first editorial letter. The revision process was nowhere—I mean not even kind of, sort of, maybe a little—close to over. We went through four more significant rounds of revisions on the story before it was ready for submission to editors. It was a whirlwind, but six weeks after the contract was signed, the picture book was out the door and in the inboxes of a dozen editors.

Being a very goal-oriented, and deadline-driven person, I got right back on the writing horse and asked Natascha what was next. She gave me a deadline to have three more manuscripts ready for her to edit in a couple months so we could determine which would be the next book we send out to publishers. So more writing, writing, writing. And revising, revising, revising.

Some people have asked how long I’ve been writing, and I say ever since I can remember (or specifically, third grade when I wrote a story about a haunted house). But what they are a little less reluctant to ask, but I think more interested to know, is how long I had been querying. Well, I kept a massive spreadsheet of my submission process and have much more specific answers to that.

I joined the Society of Children’s Writers and Illustrators in December of 2014 and started researching children’s literature. (Side note: if you are a kidlit writer, please check out the wonderful programming, events, and support that SCBWI offers at the local level and online: www.scbwi.org.) I had been writing adult fiction for years before that, had some short stories published, and wrote three (unpublished) novels. So I jumped back into the querying trenches pretty quickly in March of 2015. Turns out it was way too quickly, but not something I realized for probably another year. I sent out 113 queries in all for 8 different picture books. I sent out 49 queries in total for the picture book that got Natascha’s attention.

For those who are in the querying trenches, I think there are a few essentials you need to secure an agent: a really good story, strong writing, a clear & concise query letter, a thick skin, and tons of patience. Hang in there, and keep going!

The biggest literary agent database anywhere
is the Guide to Literary Agents. Pick up the
most recent updated edition online at a discount.

If you’re an agent looking to update your information or an author interested in contributing to the GLA blog or the next edition of the book, contact Writer’s Digest Books Managing Editor Cris Freese at cris.freese@fwmedia.com.

The post How I Got My Agent: Lisa Katzenberger appeared first on WritersDigest.com. 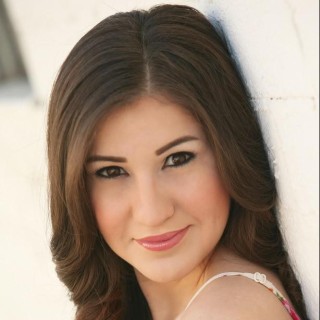 Sevena Flores is a hardware store owner and a part time model. She also likes driving and visiting places with her friends.